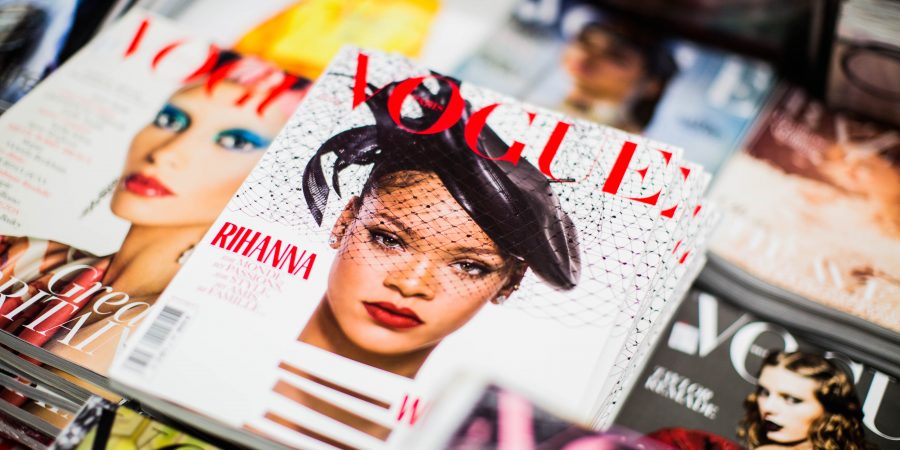 On August 5, 2017, I was working out in my living room when a knock on the door interrupted me. It was a friendly, “shave and a haircut” knock. I could have kept working out, but something told me to answer it. I looked through the peep-hole and saw an African American man perched up against the railing in a white button-up and red tie, waiting patiently.

I opened the door with a smile and an out-of-breath “Hello” which, combined with my flush face, allowed him to gather that I had been working out. He quickly went into a speech, that while I anticipate was rehearsed, sounded quite natural and genuine. He offered his name as Johnny Carroll and extended his hand to me, which I took, while saying, “I’m Melanie.”

Johnny prefaced our conversation with a disclaimer that he was not there to collect any donation, nor was he motivated by any political or religious entity. He then said he wanted to thank me for two things: 1) opening the door and 2) doing so with a positive attitude. Afterward, he asked me if I believed in second chances. I confidently said, “Absolutely.”

Johnny went on to tell me that he was from Minnesota and said that before his daughter was born, he was an “illegal pharmaceutical distributor.” I immediately laughed, not nervously, but in response to the clever, glorified phrasing of “I used to be a drug dealer.” He laughed with me and exclaimed, “You know what that is! A DRUG DEALER! Just a nice way of saying it!”

He briefly shared stories about being shot, stabbed, and showed me these scars. He also confessed that he used to be nearly 400 pounds. As he stood before me, he was maybe 180 pounds, possibly a little more to account for his belly that he proudly pointed out. He asked me if I believed him and I said, “If you tell me you used to be 400 pounds, I believe you.”

He smiled and continued. It had become clear to me that the reason he was currently going door-to-door was his second chance. Johnny described the exact turning point in his life – city, state, zip code, building location, date, time… I was surprised he didn’t give me the latitudinal and longitudinal coordinates of his location. He asked me to guess what that event was.

I said, “Your daughter being born!”

He was taken aback, “I already told you I had a daughter, didn’t I?”

I nodded, “See I was listening.”

“That means a lot, because there is a difference between hearing and listening. And I’ll tell you, I’ve encountered a lot of people while doing this. Of course nobody these days wants a stranger coming up to their door, but I’ve had some people say and do awful things. I’ve had shotguns pulled out on me.”

I didn’t doubt what he was saying at all. He didn’t quite finish this train of thought, but I could tell it was his way of saying that he appreciated my willingness to actually engage in conversation with him and hear his story and how it brought him to my doorstep. He handed me his folded “portfolio” to show me his credits and goals. At 20,000 credits, he’d be eligible for promotion. He asked me to guess how many credits he had and I said, “19,999!”

If I’m being honest, I didn’t quite understand the process. I browsed through the options of popular magazines and saw a few that did interest me, despite the fact that yes, I could probably access all the same content online.

He told me that 6 magazines at 50% commission would be an amazing deal for him. I told him that I just didn’t really understand where that would put me at in terms of price. And he didn’t want to foreclose this information at first. As an example, when deciding on the commission, he said: “Do you love me? *pointed at 100%* Do you just like me? *pointed at 50%* or Do you just want to help? *pointed at 40%.”

He said he would take that and offered me the portfolio again to browse the magazine options. While I did so, he asked me what I did and what my husband did. I laughed and said, “No husband! In fact, my boyfriend and I just officially broke up last night.”

His expression said that he was sorry to hear that, but he said, “If I’ve learned anything, it’s that what’s meant to be will always find a way. And to be honest, that could end up being the biggest blessing of your life. When we hold on to situations that are bad for us, we’re just blocking future blessings from coming in.”

I continued to browse and he asked me if I was familiar with the Philando Castille shooting. I mournfully nodded, as that and any similar situation still disgusts me to this day. He said, “Philando Castille was my baby cousin and that school he worked at was the school I went to. And it’s that school and that community that are the reason that I want to be…”

He paused and literally smacked himself across the face, “That I am going to be a 3rd grade teacher. It’s all about mindset, Melanie.”

I loved his self-awareness, mindfulness, and determination.

As we got further along, I told him that I only had cash and only had so much in my wallet. In actuality, I was just uncomfortable paying in check – yes, Dad, you can stop cringing at this point. My dad is totally the type to answer the door and yell through the screen-door, “Not interested!”

Johnny laughed and said there’s an ATM up the road, indicating that I could go get more cash. Admittedly, I keep myself on a strict budget, so even the money in my bank account may not be enough and I explained to him, “I really do want to help, but I’m ballin’ on a budget and there is only so much that I can afford. And I don’t want to say that I’ll do 6 magazines at 50% if I know I can’t afford it.”

He nodded and seemed to understand where I was going. He explained that 6 magazines at 50% commission would be $490. I did a great job holding my jaw in place so that it didn’t find itself on the concrete porch. I just shook my head, “That’s really not doable. And I know that this is how you’re trying to make a living and I totally respect that. It’s just not something that I can afford.”

That was not at all a lie and in all honesty, a magazine subscription is not something that I need. If it was like a meal-delivery service, okay, fine. I might be able to justify that kind of price tag.

He nodded again, “Well what can you afford? Any bit does help and my momma always taught me that some oatmeal is better than no oatmeal.”

I told him I didn’t really understand the pricing, but maybe one magazine for 1-year subscription. He said that would be $51. I asked him to give me a second while I went to check my wallet.

I returned minutes later with $51 and handed it to him. He wrote down the magazine that I wanted – Healthy Living – and then asked for the spelling of my name and my mailing address. It was then that I realized he struggled to read and write, and by no means did I pity him, but it really put into perspective the life he had lived in comparison to the life he was trying to create for himself now. He was not embarrassed by his inability to spell Alexandria, VA, nor having to ask me to slow down while spelling these things for him.

I shut the door and went to research the company. Their web-page didn’t seem all that legit, but on the homepage, it said: “We give highly motivated individuals the opportunity to enhance their futures.”

Many reading this are probably appalled that I even opened the door, much less engaged in a full conversation with him, and handed him $51 in cash. Indeed, society teaches us to fear these situations on so many different levels. Fear strangers, fear people who look different from us, fear situations that require us to listen and be open to other perspectives.

I was the only one home and I had no idea of this man’s intentions. Even midway through the conversation, I didn’t know where it would end. Yes, there are plenty of you reading this that never open the door to strangers.

We’re all so driven by fear and mistrust of our fellow humans that I think we forget the beauty of human interaction and connection. At the end of the day, Johnny could have been lying about his entire story. He might not be the cousin of Philando Castille, he may not have a daughter, he may not have been morbidly obese, he may not have ever been an “illegal pharmaceutical distributor.” It’s entirely possible that he will just pocket that $51 and I’ll never see a single copy of Healthy Living. It’s highly likely that I won’t.

I spent 20 minutes out of my day getting to know a complete stranger. He asked me if I believed in second chances and I felt amazing about the fact that I contributed, as much as I could, to his second chance. And if the whole thing was bogus, and he was lying about everything, then so be it.

Johnny shared three things with me that gave me some peace, reinforcing what I already know… in a time when it was difficult for me to believe them:

1) What’s meant to be will always find a way.
2) It’s all about mindset.
3) Sometimes letting go allows for future blessings to find their way to us.

So, for all of you reading… your next positive experience, simple clarity, or peace of mind, may come from an unexpected place. Don’t let fear allow you to miss out on an opportunity to connect with someone and learn from them and their experiences. Listen to the world and those around you.

The universe is always trying to communicate with you. Open the door.