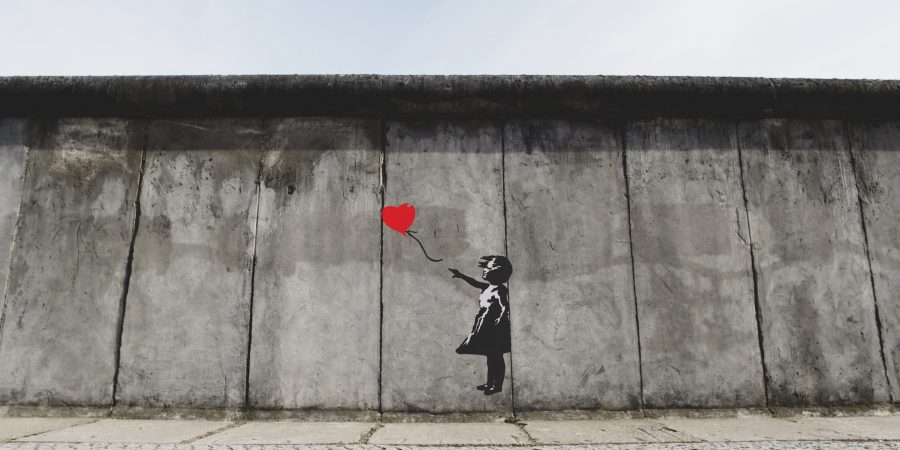 I’ve often pondered: When it comes to breakups, what is the right way to move on?

Clean break or remain friends? Rebound or take time to yourself? Immediately activate your Tinder profile or lie low? Obsessively stalk their social media accounts or block them altogether? Change their contact name to “Fuckboy” or delete it altogether? Text them on their birthday or nah? The list goes on and on. The truth is, I’m no stranger to breakups, and while I typically find myself on the receiving end of them, I’ve done ALL of the above.

1. locking myself in my room drinking wine straight from the bottle and waking up surrounded by Hershey’s kisses wrappers… for approximately 3 days straight

2. dying my hair the color that “he” liked and shamelessly posting selfies to get his attention

3. going out to the club, tearin’ it up on the dance-floor, and making out with a complete stranger all night, then changing the last digit of my phone number that he was insistent on having

4. having eye-sex with an attractive man at my bank, who ended up waiting for me outside and asking me on a date, which ended up being a disaster date

5. throwing myself into daily workouts and practicing sobriety for a full 90 days, which was fine until I reintroduced alcohol and gave binge drinking a whole new name for the next 2+ years of my life I’ve approached this breakup thing from so many angles. What I’ve learned is that breakups bring a sense of failure with them, and on top of that, I’ve always looked in the mirror and come to find that I don’t know the person staring back at me.

When my ex of four years broke up with me and told me I needed to move out, I packed my things within an hour and slept in my car that night. It was then that I remember thinking, “You don’t know who the hell you are. You have let yourself be defined by this man and he suffocated you to the point that you to lost every sense of who you are.”

I go back to this moment often, alone and curled up in the backseat of my car. How did I get here? And how in the hell do I get out?

All I knew was that I needed to figure out who I was. So I cut off all communication with him, and by that I mean that I ignored every apology/”take me back” text message for the near-year that followed. I somewhat rebounded about a month after this one, first with a great, genuine guy who took me on fun dates after work. Of course, what I thought was just casual and fun ended with him telling me that he was falling in love with me after two weeks.

Naturally, broken and scarred, I wanted nothing to do with “love,” so I then turned to my best guy friend, who I had known for years growing up. His own relationship with his girlfriend was struggling at the time, and I suppose that justified me wanting to find comfort in someone who had always been there for me as a friend. I knowingly inserted myself into this situation, unashamedly making myself the “other” woman. And worse, I didn’t care.

So at first, I tried to find myself in other men. When I went back to school, I started working out and practicing sobriety. I know right, 21 years old and sober? Well, I was trying to find myself in a new body. And once I had it, I began to find myself in the bottom of a bottle and, at times, in different guys’ beds for over a year. I guess sometimes they were in mine, but you get the point.

At some point during this phase, my ex apparently thought it was appropriate to reach out to my mother to inform her that her daughter was being a “whore.” I wish I had thought to serve him with a nice Meredith Grey speech. “You don’t get to call me a whore. I make no apologies for how I chose to repair what you broke.”

I was living life by my own rules. I genuinely remember having fun. I had no one to answer to but myself and this was freedom I had never really known. And while I do look back on so much that I am not necessarily proud of, I was doing exactly what I wanted in the moment. I’ll never look back and call myself a whore. I was broken and trying to put myself back together, plain and simple.

So, do we really get over someone by getting under someone else? Or do we do it by shutting the world out and sulking for weeks on end? Maybe we’re supposed to play the whole damn field and go on countless dates and pray that we don’t sit there the whole time wishing we were with our ex and that the other person isn’t too expectant of our frail and broken hearts too quickly.

No matter how we choose to move on, we have every right to do so in whatever way we need to.

We have to live our lives and we should make no apologies for how we choose to repair what is broken inside of us. Take it day by day. Find yourself in a new business venture, in a weekend trip to the beach, in the cute guy who offers to buy you a drink at the bar and in his drunken kiss at the end of the night, in the car with the radio blasting “Beyoncé Breakup Beats,” in the club dancing your face off with your girl gang, in a stadium at a sold-out concert, in a Netflix series, in a new volunteer opportunity, in a blog that you’ve always dreamed about.

Do it all. Figure out what makes you tick and what makes you feel alive. Because at this point, that’s the key: rediscovering who you are and who you want to be. When this path to rediscovery leads you to choices you aren’t proud of, remember to find compassion and forgiveness for yourself.

I had to forgive myself for believing so strongly in something that just wasn’t “meant to be.”

I had to forgive myself for allowing a man to define who I was.

I had to forgive myself for feeling like I wasted so much time in the process.

I had to forgive myself for selfishly inserting myself into another person’s relationship, potentially contributing to its overall demise.

I had to forgive myself for often knowingly hurting other people in the name of my own healing.

I had to forgive myself for one night stands that only left me feeling hollow.

I had to forgive myself for drinking to the point that I was regularly putting my safety and well-being at risk.

What I did not have to forgive myself for was having the courage to move on in the first place. I am so grateful that I have always had the courage to choose me in all the times that a man did not.

Even so, it’s scary as hell to realize that you were wrong about someone or something. And then you’re moving forward with this sense of failure, loneliness, the realization that you could be wrong like this again in the future. You enter this new state of vulnerability and go out into the unknown.

So, when you make mistakes — I promise, you will — always remind yourself that you deserve to feel whole again. Forgive yourself. And most importantly, remind yourself, as often as you need to, that the “right” way to move on from a relationship is whatever YOU decide.