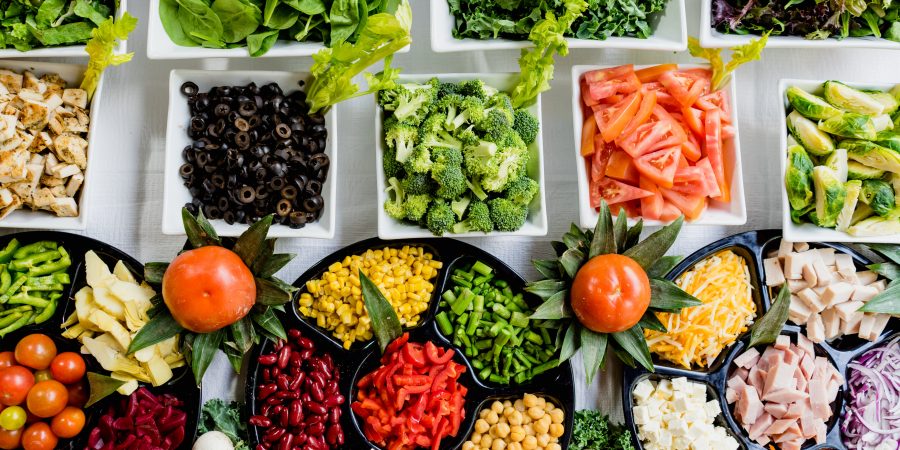 Late last June, my friend Felicia (AKA the one you all read about in last week’s blog on My Experience Getting Stated on Stitch Fix) had texted me about the Netflix documentary What the Health (WTH). She was ranting through one-liner text messages and I thought she was being completely over-dramatic with her “No, like I’m never eating meat again” text message. Meanwhile, I was in the middle of two summer classes so I wasn’t able to watch it until the weekend.

I’m going to avoid giving any review of the documentary, because 1) plenty of Web sites, news outlets, and blogs have done that already and 2) I really encourage you to watch it for yourself and draw your own conclusions without any preconceived notions about it.

What I will say is that with each new argument, I became more and more disgusted and more and more intrigued by the case that filmmaker, Kip Andersen, presented. Approaching it from multiple perspectives — medical, psychological, economical, sociological, and environmental levels — was quite convincing for me.

By then end of it, I was texting Felicia apologizing for calling her over-dramatic, because I, too, was already Googling, “vegetarian recipes” and I kid you not, “how to be a vegetarian.” …like, uhm, just don’t eat meat, Melanie???

Ironically, around this time, my landlord and his wife were doing The Whole 30 which was damn near the complete opposite of a plant-based diet. It seemed to actually require meat as a staple, so after I finished WTH and was thoroughly disgusted by meat, I knew The Whole 30 was not going to be a viable option for me.

A lot of people rolled their eyes at me when I said that after watching WTH, I was planning on adopting a plant-based diet. “It’s just a bunch of propaganda and heavily biased toward veganism,” they’d tell me. I couldn’t disagree, but that was the point of the documentary — to demonstrate the ways in which meat-products and by-products could be harmful to our overall health. Others would say, “You won’t last a week.” Truth be told, I grew up a meat-eater, but I’ve never been the type to salivate over the mere thought of it. Dad was a master on the grill, and most weekends, we’d have burgers and [hot]dogs, steak, or chicken. Mom used to make some bomb fried bologna sandwiches (trust me, it’s an art form to get the bologna just right and not too charred — gotta cook ’em low and slow). But seriously speaking, most of my favorite recipes by Mom involve meat… her homemade spaghetti sauce which she cans and generously shares with the family, her chicken casserole, her chicken fried rice, her “macaroni and tomato stuff” — (any other families have made up names for meals?). The list really goes on and on.

I’ve never eaten seafood, which is tough when your entire family is obsessed with every single kind. But, yeah, meat was a part of my diet as a kid. As an adult, it was strictly chicken, ground turkey (instead of the ground beef I grew up on), and fresh deli turkey (all that Hillshire Farm stuff is so gross and slimy to me). I’m too cheap to be buying myself steaks.

So yeah, I ate meat, but I didn’t know why anyone was doubting my ability to give it up. I wasn’t like some dude in the middle of bulking season eating two whole chickens and slurping up raw eggs. Speaking of eggs and other by-products, I had become more hip to eggs in adulthood, not because I particularly enjoyed them, but because they’re cheap as fuck and quite versatile. On the other hand, I find milk to be expensive and I don’t like it except in my cereal, but even then, it’s only for the purpose of making the cereal wet/softer. I literally drain each spoonful of all the milk before eating. Anyway, I find milk to be expensive, so years back, when I was literally pinching pennies, I never bought milk and instead used water in my cereal. Desperate times call for desperate measures y’all. Lastly, the topic of cheese. I like cheese. I can’t say that I just keep cheese sitting around for my enjoyment on its own. It’s always an ingredient or a topping in whatever dish I’m making.

So after watching WTH, I had a weekend trip planned to Smith Mountain Lake, VA, for the 4th of July. I decided that I’d let myself fully enjoy one last steak, one last burger, one last chicken breast, one last sausage link. And OMG, one last slice of bacon. In reality, I enjoyed about 4-5 of each of those throughout the weekend.

On July 9, I began my plant-based diet and for the first month, I was full-on vegan… or so I thought. Did you all know Cheerios aren’t vegan? I mean come on. I found this out months after the fact and was bitter that I couldn’t technically claim that I was vegan for a full month. But in that month, I had no meat, no cheese, no eggs, and no milk. Close enough, man. Sorry that the sugar used in Cheerios is white cane sugar, which apparently is whitened using the calcium carbonate from animal bones. And then there’s the whole deal that honey is considered a by-product of bees.

But what really threw me off my “almost” vegan train was none other than my greatest weakness in life: Papa Johns Pizza. Those who know me well, know that my obsession with pizza, and specifically Papa Johns Pizza, is so real.

So, when I embarked on a plant-based diet and was trying the whole vegan thing, I realized that I wasn’t going to be able to live without Papa Johns Pizza. After one bite of that large thin-crust, double pineapple, and onion pizza, I officially re-introduced cheese into my diet and happily coined myself as a vegetarian.

Since July 2017, I haven’t had a single bite of meat, not even on Thanksgiving or Christmas when a perfectly cooked ham and turkey were staring me in the face. So for all those nay-sayers who told me I wouldn’t last a week, it’s been 32 weeks. *flips middle finger and index finger follows*

I definitely plan to share more of my journey – from recipes to the changes in my body/energy levels, etc. But I want to hear from you! Did you watch WTH? Did it inspire you to introduce more plant-based meals into your diet, even if you didn’t give up meat completely? I know that a lot of people believe that everything is good in moderation and truthfully, I think people need to do what is best for their own bodies. Thus far, being a vegetarian really has been life-changing for me and I’m excited to share more of my story with all of you as I continue on!