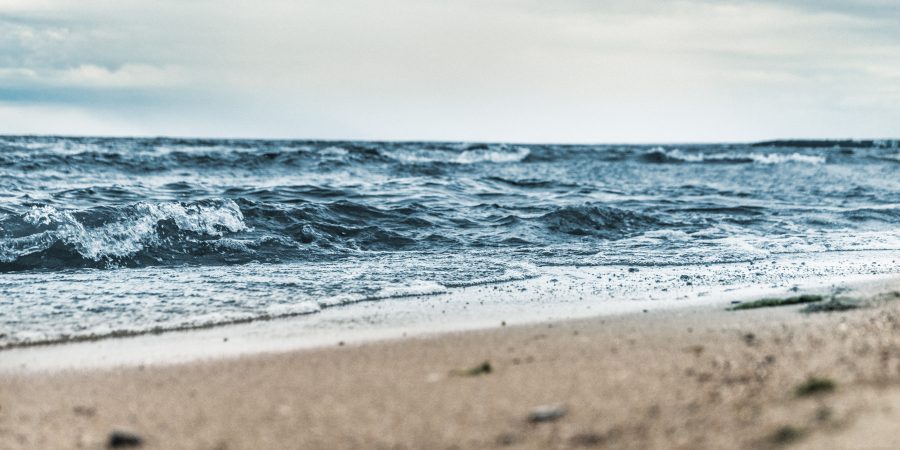 Stop! Before you continue any further, go read Part I if you haven’t already done so!

Alright, now that that’s out of the way… moving on to Part II.

Mom experienced some health concerns in late 2004. Over the next year, she was instructed to manage her diet and I soon took interest in adopting her healthier eating habits, too.

As a result, in 2005, I entered high school with a more slender face and figure and most people didn’t recognize me. I grew a few inches too, which definitely helped me appear slimmer than the past two years when puberty was just like “Hey! FU!”

During the summer, my friend Erika had encouraged me to try out for field hockey. That decision was life-changing and truly set the tone for the next four years of my life. Field hockey and softball – sports, in general – were all I cared about.

As a freshman, and for the first time in my life, I received positive attention from the opposite sex. A senior football player (not the star QB or anything) took an interest in me, and although I thought he was attractive, I’m sure that the idea of him was more attractive. Very quickly, I soon found out he was “dating” three other girls – whatever that meant at that age… walking around the mall holding hands? talking at each other’s lockers at school?

Of course, the dramatic side of me was bitching for three days straight about how I had been played and how much he hurt me. Blah, blah, blah.

I continued to take interest in older men that year. I liked another senior who was in my drama class. After having little to no contact once he went off to college, it is ironic that he would end up back in my orbit for a couple drunken nights out in DC nearly ten years later. I found that adolescent crushes do not always translate into adulthood.

I had my first kiss with a junior, who was also in my drama class. It was during Drama Club after school and we were watching some classic, black and white film. The room itself was set up with over-sized couches and sofas, instead of desks/chairs [looking back, who approved this??]. The lights were turned off and I was cuddled up with this dude like it was a regular thing for me. I distinctly remember being repulsed by his tongue shoved half-way down my throat. In his defense, maybe he was new at it, too. I’d find him years later on Instagram and learn that he was now openly gay.

In early 2006, I met a junior at a swim meet. I remember stalking him on Myspace later that evening with Jessica, who had been my best friend since second grade. I can still remember his profile picture (is that what they were called on Myspace?). I’d consider him my first official boyfriend, even though it only lasted one month – a long time in the world of “dating” in high school. I couldn’t even tell you who ended it or why.

In the summer after freshman year, my best friend (I’m going to say that a lot in my blogs), Kristen, and I spent nearly every day at Loriella Pool. Funny, I’d end up working there in the coming summers, but not before I met and dated a lifeguard, who happened to be a sophomore at my school.

We dated for two years. Our “anniversary” was 8/31/2006, which, the lovesick teenager in me deemed as a day of love: “8 letters, 3 words, 1 meaning.” I roll my eyes at that kind of thing now. He was a good boyfriend, though… a cross-country runner and an avid video-gamer, and like many teenagers, sometimes misguided and easily influenced.

When we hung out at his house, I mostly remember watching bootleg movies or me watching him play video games. And oh, lots of naps. For some reason, people assumed that I was undoubtedly having sex with him simply because of the time we had been together.

Now, it was less about me not wanting a penis in my vagina and more about me simply not being ready to have sex. I think it was a conversation that came up once or twice between us. I do remember one time he asked me to give him a blow-job. I shut that down real quick… like boiii, fifth-grade Melanie vowed that that was never going in her vagina and you want her to put it in her mouth?? GTFO.

Looking back on all those relationships, I can’t recall many other details or memories. My relationship with sports really was first and foremost. I wasn’t thinking about sex, nor was I drinking and partying with my friends on the weekends. I was very much a “goody-two-shoes” and most anyone who knew me in high-school would tell you so.

I continued to focus on sports even when I met my next boyfriend on Halloween 2008. By November 15, we were “official.” Not sure how we went from strangers to boyfriend/girlfriend in that amount of time, but I believe it would contribute to our overall demise nearly four years later (i.e., we didn’t develop any true friendship first).

At the age of 18, he had been sexually active with numerous girls, or so he said. I was wary of this fact, expecting him to get bored with me really quickly. Like, “Sir, that’s not going in my mouth and certainly not in my vagina.” But over time, he never pressured me and I believed that I was teaching him about love and emotions instead of just the physical sex that he had always known… that I had never known. It seemed that maybe, we both had something to teach each other.

In the spring, I toyed with the idea of having sex with him. He told me how his friends had all been asking if we had “done it” yet. I could tell he was getting impatient. The guy who had been accustomed to having sex all the time, had now gone months without it.

One morning in government class, I texted my Mom asking if she would be disappointed if I lost my virginity. She told me that she wouldn’t be disappointed, but thought that I’d regret it if he didn’t end up being “the one.”

Well, I lost my virginity sometime in April 2009. I used to remember the date – like I do with what I consider “life-changing events” – but it seems less life-changing now. I barely remember it. It was raining, or storming actually. We were at his house in his bedroom. We used protection. I hated that he let his dog sleep in his bed and I vaguely remember picturing myself surrounded by dog-hair. Like those were the thoughts running through my mind as I lost my virginity.

So my first time was not all that memorable. It didn’t hurt and I didn’t bleed profusely like a few of my friends had scared me into thinking would happen no matter what. Nor was it disgusting the way my fifth-grade self once thought it would be.

It just was. I was no longer a virgin. I drove home that night, not regretting it, but wondering if, as Mom feared, I would eventually regret it if he wasn’t “the one.”

I eventually followed up with Mom, probably via text message in math class this time just to spread the wealth, that I had done the deed. I don’t remember her response. I just remember asking her not to tell Dad. She said something about how her and my father didn’t keep secrets from each other, so she wouldn’t tell him… but if he asked, she wouldn’t lie. Okay fine, Mom. *rolls eyes* I feel like there should be some mother-daughter code here, but whatever.

A few months after losing my virginity, I finally got a sex-talk and still not from Mom.

Picture this… family vacation at the beach. It’s a bright, sun-shining day with the perfect sea breeze that also brings that distinct salty scent. Dad and I are in the water, each hovering over a boogie-board, just waiting for the perfect wave to ride back into shore.

We could have talked about anything in the world. Absolutely anything. But instead, he looked at me very seriously and said “I don’t want to go any further than this simple statement, but I just want you to know, condoms work… but only if you use them.”

Literally speechless, I could only nod. Did he know? Did he just suspect? Why couldn’t Mom follow up with a continuation text to all of our conversations while I was at school to give me a heads up that she spilled the beans?!


Admittedly, I’ve always been a Daddy’s Girl, but this conversation had me wanting to disappear, get engulfed by a giant wave and never be seen again. I didn’t want my father thinking about me rolling around in the sheets! And I surely didn’t want to talk about the use of condoms with him. It seemed as though he knew that since he said he didn’t want to go any further into it. Good! Because I just want to pretend like you don’t know that I’m having sex, but you know Mom hasn’t had a sex-talk with me, so you want to just in case.

As we both turned around desperately looking for a wave, the perfect one was finally forming on the horizon. Good looks, ocean gods… good. fucking. looks.