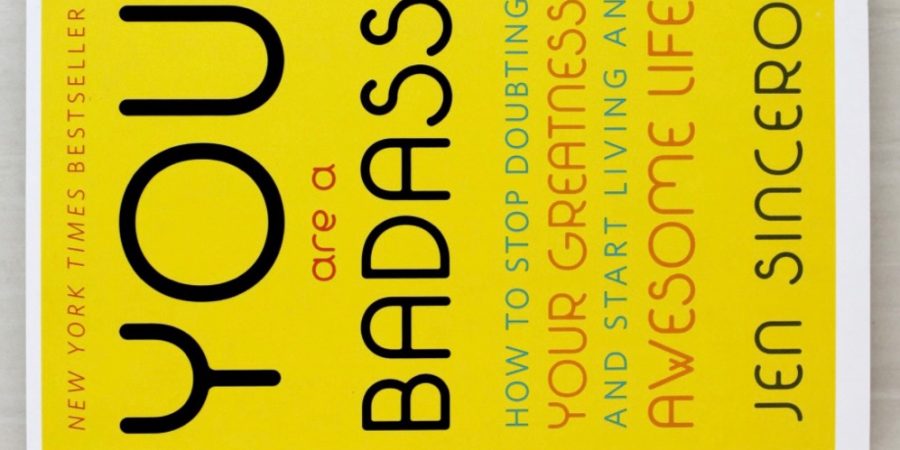 I was in two graduate classes in Spring, Summer, and Fall terms of 2017. So, I did a ton of reading, but the majority of it was textbooks and scholarly articles. And while those are all stimulating for me as an aspiring scholar, I can say with nearly 100% certainty that none of you care about those. And if you do, let me know… I’d love for you to take them off my hands.

I had originally planned to cover all of my 2017 “reviews” in one blog post, expecting it to be short and succinct. I should know myself better than that. So, after finishing this first one, I decided to break down my reads of 2017 into separate posts. I think my total was five… yes, only five. When you are balancing a full-time master’s program with full-time and part-time work, your “free” time is spent mindlessly watching trash reality television, while scrolling through Instagram, because exerting any legitimate mental effort is damn near impossible. Click the title for direct link to order on Amazon.

You Are a Badass: How to Stop Doubting Your Greatness and Start Living an Awesome Life (2013)

This book is, for lack of a better word… BADASS. By now, you’ve probably seen it floating on at least one of your social media feeds. I think it’s ironic that it was published in 2013, but has only recently blown up! It was recommended to me by my girl, Ashley, and is categorized as a “Self-Help” book. But, it’s written with such entertaining wit and candor, so don’t pass it up if you typically scoff at the “Self-Help” section of the bookstore. You’ll be laughing out loud all while learning about yourself, how you came to be the way you are (this part was eye-opening for me — I finally realized where my anxiety with money AND my relationship ideals came from), and how you can create a life that you truly love.

Favorite Line: “You are the only you there is and ever will be. Do not deny the world its one and only chance to bask in your brilliance.” This immediately became my personal Instagram bio and consistently reminded me that I wanted to get serious about starting my blog, no longer denying the world the chance to bask in my brilliance. 😉

Most Meaningful Excerpt: In Chapter 15: Forgive or Fester, Sincero urges that you must Find Compassion. “Finding compassion for yourself or someone else who did something so so so awful is like pulling a bullet out of your arm: You may kick and scream and hate it at first, but, in the long run, it’s the only way to start the real healing. One of the best tricks for doing this is to imagine the person you’re resentful of as a little kid. Think of this little person acting out of fear, doing the best they can to protect themselves and attempting to deal with their own suffering in the only way they know how. People act poorly because they are in pain or confused or both. Understanding this, and imagining the person who you want to behead as a sweet little innocent child with big puppy dog eyes, will help you find compassion for them, which is the key to forgiveness. And same goes for anything you feel you need to forgive yourself about. You too are just a little bunny trying to work it all out. Find compassion for your sweet little, sippy-cup self and let it all go.”

2017 left me with one main person that I knew I needed to find a way to forgive. This tip, as silly as it may sound, really did work for me. When it came to the man who broke me to my core, I chose to believe that it was never his intention to hurt me. Granted, he made some poor choices… like avoiding a conversation for weeks on end and then completely dismissing me before we could even have it – a conversation that I told him I desperately needed for closure. But, he was protecting himself and making a decision, albeit mostly unspoken, to walk away from the relationship in order to find his own personal happiness and I really can’t be mad at that. His decision was not my issue, it was his approach. But, at the end of the day, I chose to believe that he did the best he could given the circumstances and his own personal struggles. He dealt with things in the only way he knew how. Had he known a different way, a way that would have hurt me less, I’m positive he would have chosen that route.

Finding this simple compassion for him [and the way he handled things] truthfully gave me a sense of inner peace as I closed out the year. And I’m not sure I would have even thought to do this without reading YAAB. So, thank you, Jen!

This is definitely a book that I’ll re-read each year. If you’re a fan of audio-books, I imagine this would be a great one to listen to. I’m still living in the pre-Kindle and pre-Audible era, so I still buy physical books. Whatever floats your boat.

On the list for books to read in 2018 is Jen Sincero’s sophomore follow up: You Are a Badass at Making Money: Master the Mindset of Wealth (2017). Also, thanks to related items on Amazon, I have purchased the You Are a Badass 2018 Day-to-Day Calendar.

Nothing like starting my day with some inspiration embedded with some swear words. [insert smirking emoji here]