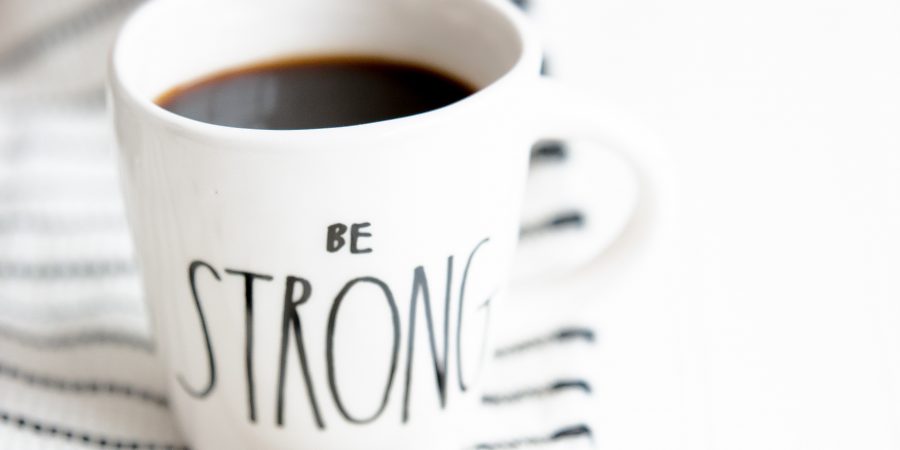 I feel like this title says enough. Like I don’t even need to write a full blog post and all the ladies will just be nodding their heads like “Mhmmm, honey!” Then again, maybe it’s just me and the ding-dongs I’ve dated.

So, let me give some context (AKA real life examples) to what this radar entails:

1) After not speaking to me for four months, one Ding-Dong allowed me just enough time to realize it’s really over and that I needed to move on. Literally seconds after I make this verbal statement to a friend that I’m moving on, a text comes in from Ding-Dong that just says, “Hi.” I thought about read-receipting. Then, my initial response, courtesy of my mind, was “What do you want?” But my heart was like, “Girl, you better backspace that. He has seen the light and realized he misses you and wants you back!”

2) Once I finally accepted that one Ding-Dong no longer wanted to be with me, I was crying on the couch for hours. That very same night, a different Ding-Dong, whom I hadn’t spoken to in years, texts me to clear his conscience and explain how much he would go back and change (didn’t specify what, but if I had to guess, it would be regarding him sticking his ding-dong in places where it didn’t belong). He said he realized how much happiness he missed out on as a result and how he wouldn’t be where he is now if he had made different choices. He ended his solemn text message by telling me how much he loved me and how he “sure missed out.” Like, “Yeah, I know.” I didn’t really say that. Instead, I told him that things happened the way they were supposed to because they led me to where I was at now and I was happy where I was at now. Only not really… recall my post-breakup tears earlier that day. But I wasn’t about to let him know that his radar was accurate!

3) Not even a week later, another Ding-Dong reached out to me [via LinkedIn because all other channels of communication had long since been blocked]. Initially, he had a legitimate reason for reaching out, but when the conversation eventually turned to a grand apology about how awful he was to me followed by “Would you wanna grab coffee or drinks sometime to catch up?” I realized that he was trying to weasel his way back into my life.

And that’s what this radar shit is all about. Motives may be different… some might just wanna fuck, while others might want a legitimate second chance. In all three of these cases, these men made a definitive choice to not be with me. And at some point in time, all have managed to make strategic appearances in my inbox right when I’ve decided to move on or within days of me becoming single. I swear, their radar goes off EVERY time:

BRUH! She’s about to move on, reel her back in so you can keep her at an arm’s length a little longer!

BRUH! She’s heartbroken from a recent break-up! Time to be a shoulder to lean on!

And let me note, none of these guys would have any idea about the recent breakups because I haven’t posted a “significant other” on social media since college. Most of my followers would probably think I’ve been single all of my adult-life.

But let me share a bit more about #3 so I can make my point share my wisdom in the blog:

So once he asked if I wanted to grab coffee or drinks to catch up, I very kindly let him know that we are two very different people now and that we don’t stand to gain anything from getting coffee or drinks. I stated, “I’ve gotten where I am today by letting my past be my past, and as a result, I’m not interested in revisiting it unnecessarily.” Of course, a simple “No.” would have sufficed, but I felt good about how I had communicated where I stood. He somewhat reluctantly agreed with me, stating, “I guess you’re right.” Ended the message with, “Take care.” More on this later.

About a month after this, I received a text message late one Thursday from a random number.

Ding-Dong: Hmmm… nothing much. I was watching The Other Guys and made me think of you. So figured I’d say hi. (9:00 pm)

Me: I see. Well tbh I don’t really see the necessity or point of any type of communication between us. Can’t really figure out why you saved my number. (9:12 pm)

So “Take care” to me, especially in this context, is synonymous with “Fuck off.” Therefore, I felt no need to defend my “politeness” or give him any response. Even if he hadn’t said “Take care” I don’t think I was capable of retrieving my eyeballs from the back of my head long enough to draft a response. So I just tossed my phone aside and went to sleep.

The next morning, I had the day off to finish up some schoolwork while I was getting my car serviced. I forgot to silence my cell phone and in comes a follow up:

Ding-Dong: Btw – I just want to say that your response last night was rude. And honestly out of character. I am going through a pretty tough time in my life and wanted to catch up. I am sorry that me messaging you offends you in some way. I won’t make that mistake ever again. (10:21 am)

INTERJECTION — I’ve heard that second to last sentence before from him. And so, this pissed me off. I spent the next 30 minutes deciding if I even wanted to respond and then another 20 crafting the following response that was so big that iPhone had to make it a pop-out reply.

Me: Let me be very clear. When you reached out, I was skeptical and questioned whether I should open these doors at all. But, I decided to reach out as you asked, despite my better judgment. When you asked if I wanted to grab coffee or drinks, I told you in the nicest way possible that I wasn’t interested in revisiting my/our past. That I did not see the point. You texted me two weeks later to thank me again for the pictures. Unnecessary — you already said thank you. And I realized that you were attempting to reconnect with me in some way. Now, you’re back in my inbox a month later just asking how I am. You get offended when I choose to be HONEST (or “rude” as you put it) about how I don’t have any interest in reconnecting with you. I tried to be nice the first time and clearly that didn’t translate for you. As for your mistakes… I’ll serve you with another bit of honesty here. Your first mistake is thinking that you know ANYTHING about me. You haven’t in over FIVE years. Your second mistake is thinking that I owe you something. I owe you absolutely nothing. You choose to use your “tough time in life” as a way to reconnect with me… because I’m supposed to be nice and polite and caring, right? And if I’m not, I’m a rude bitch. Well, as I said, you know nothing about me. You don’t know anything about MY time right now. So let me spell it out for you. Literally, the only people who occupy space in my life are uplifting and bring meaning to my life. There is no room for anyone who does the opposite. There is no room for you and your [now THREE] texts attacking my character THAT YOU KNOW NOTHING ABOUT. So no, Ding-Dong. There is no room for you in my life. And I have every right to protect the safe, healthy place I’ve created for myself. You know nothing about any “tough times” I’ve been through and how they led me here. All you care about is your tough time and sorry, but I do not owe it to you to be some shoulder for you to lean on. And the reality of it all is that YOU chose this. It was the best thing that ever happened to me. I’m sorry if that’s not the case for you.” (11:14 am)

Ding-Dong: Obviously reaching out to you was a huge mistake. I wasn’t trying to bring you down. Just catch up. Not like we spent 4 years together. Again, sorry. You won’t hear from me ever again. Take care.

Again with the “Take care.” Ugh. And the whole “Not like we spent 4 years together.” Miss me with that passive aggressive bullshit. I proceeded to block his number because I’ve heard that statement one too many times. Two days later… he was viewing my LinkedIn profile and following me on my public Twitter account. Hey genius, I get notifications that you’re looking at my shit.

So, let’s talk about this radar. As annoying as it may be to have these dudes (and maybe I should open this up to ladies, because I am sure there are women who pull stunts like this, too) sniffing around your inbox when you’re trying to move on, heal from a breakup, when you’re finally happy again, or otherwise… please remember that you have the power to shut it down.

For me, I was in this relationship that was highly controlling and manipulative for four years, as he so kindly pointed out. It took me nearly two years to recover and find myself in a place where I was even open to the idea of a relationship again. Not saying that he robbed me of anything, but he really did destroy my sense of self.

And honestly, I have no patience for this… if you didn’t see my worth then, you will have not a single piece of me now. Perhaps Taylor Swift said it better in “All You Had to Do Was Stay”

People like you always want back the love they pushed aside
But people like me are gone forever when you say goodbye.

So, I say if these Ding-Dongs have pushed your love aside, don’t ever let their inevitable radar convince you that they are worthy of your time or energy. Be strong and protect yourself. Instead of letting them back in, when you know their presence in your life will not serve you in anyway… serve them with “Take care” (AKA: “Fuck off”)… or y’know, a nice little novel like mine works, too. 😉

8 thoughts on “True Life: All My Exes Have Radar”