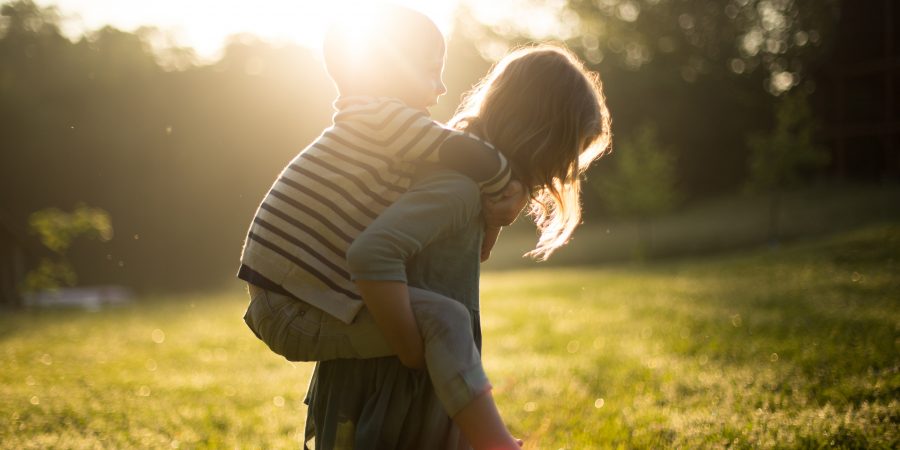 In November 2014, I had gotten into a head-on collision, which totaled the family car that I proudly inherited when I first started driving. Bo-Bo, as it was so fondly called by literally everyone [except Mom, who thought the name was derogatory], was the same car that brought me home from the hospital, took me on every family vacation to Ocean City, MD, took me to/from high school, went to college with me and even my first big-girl job.

It was 25 years old and had just hit 300,000 miles the day before the accident. I still to this day believe that Bo-Bo died saving my life and even the paramedics and cops agreed that it was a miracle I made it out unharmed. But he was a tank and absorbed nearly all of the impact of the Jeep that drove up over and flipped over the driver’s side of my vehicle.

So, the next day, in a nearly abandoned impound, I said a tearful good-bye to an inanimate object that had been with me literally all my life… I know it may sound silly to anyone reading, but I loved that car as if it were a living human being. There were times when he was all I had, such as that time he let me sleep safely when some asshat kicked me out of his house with no place to go. I’m tearing up as I write this because I still wonder where Bo-Bo and his parts ended up. Part of me hopes that someone found usable spare parts in a junkyard and pieces of him are still driving down some country back-roads.

I recall my last memory was climbing in the back-middle seat. I remembered being squished between my siblings with that stupid hump at my feet. I turned around and looked in the back dashboard and found the blue and orange stain, courtesy of my 5-year old self who had tossed her crayons back there after a day at the carnival. They melted in the summer heat. Dad was not happy and rightfully, the car probably still felt brand new to him at that time. I always thought it gave Bo-Bo even more character even though no one really knew it existed but me.

So, again, I said a tearful, tearful good-bye… like, to the point where one of the tow-truck drivers asked me if I was okay to drive. #HotMess.

Anyhow, by the end of the week, I said hello to a brand new car payment and an outrageous interest rate. I immediately knew that I had to bring in additional income to pay that fucker off as soon as humanly possible.

My friend and roommate at the time, Emily, suggested that I open a Care.com account and start babysitting. She noted that I had experience working with kids during summers at the pool teaching swim lessons and coaching tee-ball teams. More importantly, I could essentially make my own hours and work when I could. Within months, I had about five families on a rotation. Some needed me weeknights, some only wanted occasional date nights on weekends. A lot of families referred me to other families, so I really was bringing in steady money working every Friday and Saturday, at minimum. All of the money allowed me to make triple payments every month toward my car note. I ended up paying it off in just 14 months, even though I had a 5-year loan.

Once I had paid off my car, I toyed with the idea of not babysitting anymore, but I had come to love the families and the kids that I worked for. And the extra money wasn’t bad either. So, I kept doing it… which brings me to this blog post. Unlike The Roommate Chronicles, I cannot guarantee that this will become a series, but I wanted to share a recent babysitting disaster for laughs on this Friday.

I was babysitting for a family with two boys recently, ages 2.5 years and 6 months. The parents have me there on certain evenings so they can get schoolwork done, so they’re actually home while I babysit. The 6 month old is the absolute cutest thing you will ever see. He just giggles and smiles non-stop and loves peek-a-boo. The 2.5 year old is smart as a whip, loves learning games, trucks, and trains.

The most recent time I was there, the parents let me know that 2.5 year old had been potty-training for over a week now and doing an awesome job, with only one traumatic experience thus far at daycare. I wasn’t too concerned about it… they said he’d let me know if he had to go.

He went over next to the potty, which was portable and sitting right outside the bathroom. He wasn’t in my sight-line at the time because I was heating up dinner. All of a sudden, I just hear him murmuring, “Accident. Accident. Accident!”

I came around the corner and saw him standing in a puddle of pee. I very quickly told him that it was okay that he had an accident, but he just has to let me know a little sooner that he has to go. He nodded and was not upset. I plucked him up off the floor and took him into the bathroom, where he wanted to flush the toilet. Nothing was in there of course, but whatever. #RespectTheProcess, I guess.

I removed his wet pants and told him to wait there for just a minute. I go upstairs to retrieve new pants… I cannot find ANYTHING in his dressers or closets and you can picture me rifling through them all. I finally find a pair of swim trunks. That’ll have to do!

When I come back downstairs, I find that he is not where I left him. My eyes then notice the trail of pee foot-prints ALL over the hardwood floors. Like this kid was running in CIRCLES. It is then that I realize…

FUCK. I forgot to take his socks off! And even worse, he is now climbing all over the couches.

I literally do not want the parents to come down to this, so I track him down, take his socks off, put the new pants on him, and tell him to play with his trains. I then go over and try to find paper towels (I don’t babysit for this family that often so I have no idea where anything is).

I’m opening EVERY cabinet on the planet, but not before I’m stopped by the damn baby-proof locks on every single cabinet. While necessary, these are the devil in times like this.

Meanwhile, their dog is barking like crazy and scratching at his food bowl. I literally said to him: “Dude, I can’t even find paper towels, I have no idea where your food is.” *dog continues barking.*

After searching and searching to no avail, I had to get creative. I walked over to the baby’s changing station and popped open the baby wipes. Whipped out two of those fuckers and let them float down to the ground. I then proceeded to skate around the entire living and dining room with them under my feet, tracing over all his pee tracks. He ended up thinking it was a game and wanted to join me. He just laughed and laughed.

I couldn’t stop laughing at myself. It was like a sitcom… Kid running around wild and free with no pants and pee-soaked socks and then climbing around like a monkey on the furniture. Melanie can’t find paper towels, and the dog is barking obnoxiously for food, which Melanie also can’t find. Melanie then does her best Tara Lipinski impersonation with a 2.5 year old giggling right behind her imitating her every move.

On my ride home, I also couldn’t help but think how he had left some mark on that house much in the way that I had made a mark on Bo-Bo with my crayons. Of course, mine couldn’t be cleaned up with some baby wipes.

But, still, it’s funny how things and places, like houses and cars, hold memories like this. And I’m grateful that I continue to have wonderful families who welcome me into their homes… and truthfully, into their families. I love that I get to build memories with these kids and be someone who makes them feel loved, safe, and happy. Yes, indeed… these adventures in babysitting are some of my most rewarding melodies.