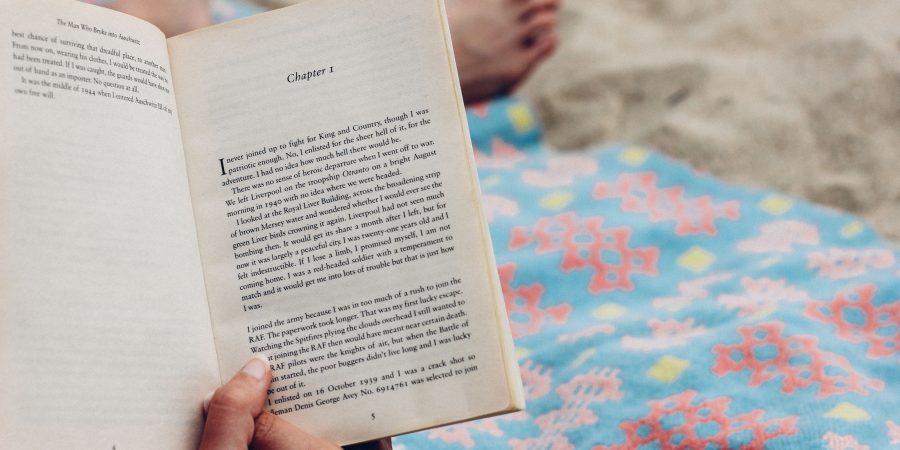 Uhm… can you all even believe this title right now? Remember when I talked about You Are a Badass: How to Stop Doubting Your Greatness and Start Living An Awesome Life? Yeah, well it was totally my intent to continue forward with sharing all the other books I read in 2017 as individual blog posts. And then they all got so far back in my drafts that they were never actually published. So since we’re approaching the tenth month of 2018, I’m just going to abbreviate and knock this out all at once because 1) the books are so worth reading, but 2) I can’t stomach blog posts titled “Books I Read in 2017” being published in the final months of 2018. So here we go! Click the titles for links to Amazon! The Promise of a Pencil: How an Ordinary Person Can Create Extraordinary Change This was easily the most meaningful and inspirational book I read last year. I have followed Pencils of Promise, a non-profit organization that builds schools in developing countries, for many years now, and have donated to the organization for just as long. However, I had never read the memoir of its founder, Adam Braun.

In this book, he shares how he turned $25 into more than 200 schools around the developing world. Each chapter guides the reader through the steps he took and the unique mindset that he maintained throughout all the setbacks and all the accomplishments. For example, one of the final chapters was:

IF YOUR DREAMS DON’T SCARE YOU, THEY’RE NOT BIG ENOUGH.

While traveling abroad, he decided he would ask every child he encountered, “What do you want most in the world?” A young boy in India replied, “A pencil.” Braun readily gave him a pencil and saw the promise in the young boy’s eyes… if only he had access to a quality education. And so, Pencils of Promise came to life.

Phenomenal book for any dreamer, aspiring business owner, or just someone who wants to make their life a story worth telling.

Favorite Line: “Certain people help you see a future that you could never have envisioned without their influence. They make you a better version of yourself. As the African proverb states, If you want to go fast, go alone. If you want to go far, go together. It’s the presence of others who are smarter, kinder, wiser, and different from you that enables you to evolve. Those are the people to surround yourself with at all times.” I really did not know what Gravity was about when I decided to purchase and read, but I thoroughly enjoyed it. The majority of this story takes place on a single airplane ride from the east to west coast of the United States. I bring this up because, as a writer, you have to be aware of the delicate balance of exposition. Your level of description is important, but, if you become overly descriptive on something that is seemingly irrelevant, you risk losing the reader’s attention. I believe the key is to use description as a means of character development and this is where and how Drake exceeds.

The entire book is full of amazing character development, flashbacks, and real-time interactions on the flight. It is not an “action-packed” story, but it is not intended to be. The story is deep, and sometimes dark… true to R. M. Drake’s style (love his Instagram page, btw). If I’m not mistaken, the story was inspired by true events in his own life and I find that powerful since everything I write is always been inspired by my own experiences, feelings, etc.

Favorite Line: “I think people are meant to meet. I think the people who are in our lives are because of this force, the one we all obtain as we gravitate toward each other. And this force or whatever it is gets stronger as time goes on.”

Everything is Awful and Other Observations Matt Bellassai gained fame while working for BuzzFeed and sharing a weekly video series, Whine About It, where he would “get drunk at his desk and complain about stuff.” Topics included, but were not limited to: Types of Coworkers That Are the Absolute Worst, The Most Annoying People to Text With, and Reasons Why Kids are the Absolute Worst. YouTube any of those titles and more.

After leaving BuzzFeed, he ended up writing his own book and now tours while doing stand-up comedy. I had the pleasure of seeing him when he came to D.C. last winter. With my ticket purchase, I received a signed copy of his book. But, let me just say that his stand-up was hysterical. During his skit on an incredibly relatable experience in the drive-thru at McDonald’s, I literally thought I might pee my pants. And trust me, that wasn’t because of the two Bud Lights I’d had.

I read his book in a matter of two days. Also hysterical. I think it is a true art to be able to make people laugh through written word. His chapter “On Michigan” (pg. 69 – 87)… I was belly laughing, tears streaming down my face. I couldn’t recall ever laughing at a book like that in my entire life.

To give you a bit more context on what to expect, the inside flap of the book reports: “With keen wit and plenty of self-deprecation, Matt shares stories of his past as the Midwest’s biggest nerd, that one time a taquito nearly murdered him at his brother’s surprise birthday party, and the process of coming out to his friends and family (the closet was a bit messy). Matt also wrestles with the humiliations of adulthood, like giving up on love in New York City, living alone with no one to heat his microwave dinners, and combating the inner voice that tells him to say aloud all the things the rest of us are smart enough to keep to ourselves.”

Enough said, am I right?