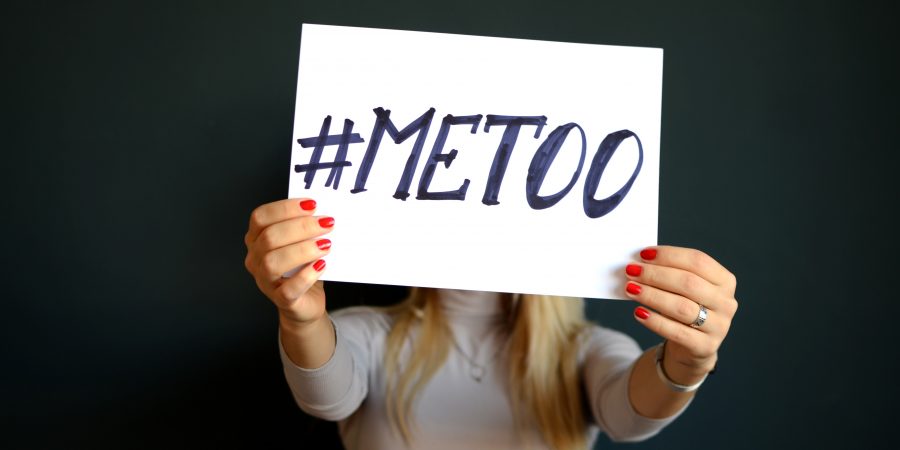 It was hard to ignore all the media and social media coverage yesterday surrounding the Senate testimonies from Dr. Christine Blasey Ford and Judge Brett Kavanaugh. As I listened to Dr. Ford’s testimony, her words resonated with me on a level that I’m not sure I’ll be able to describe fully in words here. I was taken back to the first time I was sexually assaulted at 19 years old.

I have never shared this story in detail with anyone. And as I edit this one last time, I’m adding the fact that I am terrified of pressing “Publish.”

My “high-school sweetheart” had broken up with me via text message early in the week. I forget why, but I recall we had been fighting a lot about me going out on the weekends. I thought he was being selfish because he never expressed concerns for my well-being, and instead wanted to control me. I vividly remember being excited about being able to go out that weekend without having to deal with the headache of yet another fight with him.

So, I found myself at a party. I knew a lot of the people, one of which was a good friend. We’ll call him Zander. I got way too drunk… drunk like I had never been before. I had no business binge drinking with liquor. I barely had experience with beer and mixed cocktails; but, there I was taking shots like I saw in movies.

The night ended up getting completely out of hand and I ended up out on the front porch throwing up. Once I got my bearings, I ran into Zander and asked if he could take me home. He suggested that I crash at his place, not wanting to risk me getting cited for an alcohol violation when entering the dorms.

I knew he had been drinking, and probably shouldn’t have been driving, but he seemed slightly better off than anyone else at the party. Zander grabbed his friend, who was positively shit-housed, far surpassing my inebriated state even prior to me getting sick. When we arrived back at his place, Zander set up an air mattress in their living room so I’d be comfortable. He got me some water, which I didn’t drink, and after providing me with a spare blanket, he cut the lights and went upstairs to his room.

I laid down and the room started spinning. Thankfully, my exhaustion took over and soon enough, I was drifting off to sleep. Until a pair of footsteps came pounding down the stairs, bringing me back toward consciousness.

The room was quite dark. I couldn’t see anything, but I heard the footsteps stop at the end of the mattress. “Zander?” I said, as if to ask if that was him. My only response was the weight of what I believed to be a man, on top of me. He wasted no time pinning my wrists down with one hand and fumbling underneath the blanket to undo the button of my pants with the other. He began kissing me in between repulsive grunts, which I can hear vividly as I write this.

His actions were so quick, so… urgent. Yet, it all felt like it was happening in slow motion and I felt frozen in place.

Through the dim street light shining through the curtains, I was able to make out his face, and I realized that it was Zander’s friend. Unmistakably so.

He continued to grind his body against mine, while his lips violated every inch of my neck. Eventually, his fingers were successful with my pants’ button. As he yanked down on them, I wanted to scream, “Get off me!”

But, I couldn’t form words.

He hadn’t spoken a word at this point either. He only continued with his aggressive movements. His breathing was so loud and his sigh when his fingers slipped under my panties and came in contact with me is something that still makes my stomach turn.

I felt like I “left” my body mentally and physically. I can’t exactly recall how long any of this continued, but I’d be brought back to awareness every time his forceful hands made their way to new areas of my body. None of what he was doing felt good or pleasurable. I was stiff, terrified.

And, I couldn’t find my voice.

Perhaps it was deafened by his breathing, which grew louder and louder. His weight felt heavier and heavier. His grip on my wrists, stronger. His erection was pressed up against my thigh. It was when he went to pull my underwear down that I felt instinct kick in.

Knowing he’d be off balance, I gave one forceful shove and said firmly, “Get off of me!”

After regaining his balance, he stood up. I sat motionless, petrified of his next move. Without a single word, he retreated upstairs.

I couldn’t tell you how long it took me to stop shaking and my heart rate to return to normal. I grabbed my phone and saw that it was around 4am. Knowing I had to be at work in the morning, I weighed my options. I didn’t have any money or credit cards to use for a cab. Ride-share services, like Uber and Lyft, didn’t exist back then. I considered walking, but genuinely didn’t know where I was in vicinity to campus. So, I sat wide awake, clutching my knees to my chest, waiting for Zander to wake up and take me back to my dorm, never taking my eyes off the stairs.

After sunrise, Zander, his friend… and a girl, whom I didn’t know, all came down at the same time. She introduced herself as the friend’s girlfriend. I offered a quick hello, even more repulsed by his actions… wondering if he had tried and failed to get her to have sex with him and that’s what led him downstairs to me.

I couldn’t tell by his demeanor if he remembered what he had done or not. His laughter as he talked about the party disgusted me. He disgusted me. Yet, I was envious that the alcohol potentially spared him from having to remember his vile and unfathomable actions that I’ll never forget.

I share this story now… in light of all the people questioning Dr. Ford’s testimony.

I didn’t share this story in detail with anyone until now. Not with Zander and not with my friends. When my boyfriend and I got back together a month later, he wanted to know if I had “cheated” on him while “weren’t together”… what an oxymoron. Nonetheless, I used the opportunity to open up to him as an outlet to talk about it. I explained, without much detail, that I had been taken advantage of after a party. He let me know that that’s why I shouldn’t be going out and getting drunk. In other words, it was my own fault.

It pained me, then, to think that someone who loved me, or claimed to, was placing blame on me instead of being outraged by it. It pained me that, in 2017, I didn’t feel brave enough to share my #MeToo story downplaying the encounter because I was not raped. I also questioned if people would believe me. Would his friends report how he would never do such a thing, discounting what I know to be true? Would people say that I was mistaking his identity, or the event itself, because I, too, had been drinking that night? Would people say that because I didn’t verbally, or even physically, stop him at first, that I wanted it? Important, too, to note, that I quickly found forgiveness, which is not to say that I don’t denounce his actions that night, because I wholeheartedly do. However, I chose to focus on the fact that when I did verbally and physically push him away, he did not proceed further. And so, I consciously chose to try to see him a different light and see him for more than his disgusting actions. Call me Anne Frank, but I believe people really are good at heart. I also believe that we are all more than the worst thing we’ve ever done.

I say that knowing that if I were in a similar situation as Dr. Ford, my peers might come forward and talk about how well he and I seemed to get along. Some people may even provide pictures of us together at future parties as “evidence” against my allegations. I’d be called a liar simply because people wouldn’t be able to reason how I could possibly move forward and treat him as a friend. In hindsight, it was probably a subconscious repression and dissociation happening in my psyche as a means to cope.

But please know this… the fear and the weight, both literally and figuratively, that I felt that night, terrified that he would rape me all while I couldn’t form a single word or a single defense… is something that never faded from my memory.

In listening to Dr. Ford’s testimony, it pained me to think about standing in front of a room full of politicians, discussing a highly politicized topic, all while being broadcast on every news station, streaming device, and social media platform for the world to see. And worse, to do so for the world to speculate. To speculate my truth.

I’m not sure everyone understands the weight of that.

So, as Dr. Ford testified… describing the man’s laughter in the same way I described my assailant’s breathing… describing her fears that he would rape her, or worse… describing his unwelcome hands moving over her body… I thought to myself, “You should blog your #MeToo story.”

And immediately, the fear of doing so kicked in… because the culture surrounding sexual assault in this country is unconscionable and sickening. But, many Senators in the Ford/Kavanaugh hearing applauded Dr. Ford for her bravery and courage in coming forward; and, it was Senator Cory Booker’s commentary that caused me to finally open my laptop:

“You are opening up to air hurt and pain that goes on across this country. And for that, the word I would use, it’s nothing short of heroic. Because what you’re doing for our nation right now, besides giving testimony germane to our office, is you are speaking truth that this country needs to understand. How we deal with survivors who come forward right now is unacceptable. And the way we deal with this, unfortunately, allows for the continued darkness of this culture to exist. And your brilliance, shining light on to this, speaking truth, is nothing short of heroic.”

While my blog may only reach a few hundred followers, if that, I hope that this post will continue to open up our country to these necessary conversations.

I will not sit here and deem myself brave, courageous, or heroic. In the sense of being unbroken, I will simply continue to be…