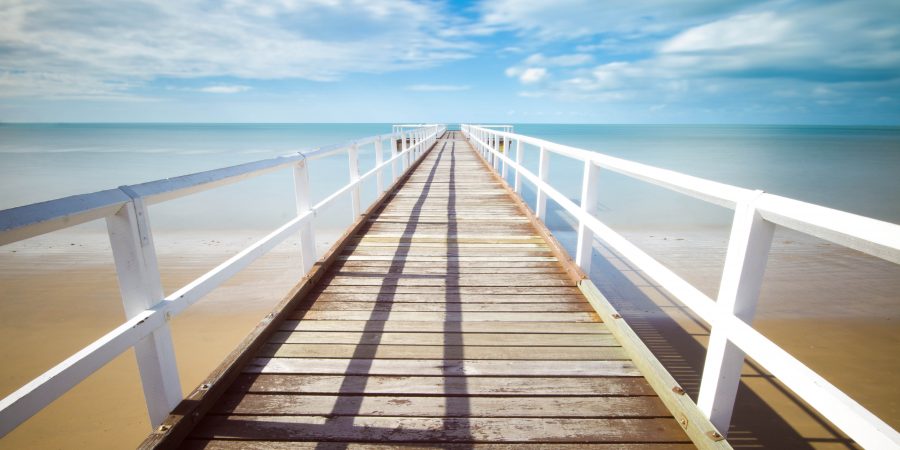 Many weeks ago, I wrote a blog on How to Nail Your Next Job Interview Through Mindfulness and Self Affirmation. A few of you asked me if I actually wrote and published a blog the day of an interview, instead of “preparing.” The answer is yes.

I had applied for a job at a California university, preparing for an anticipated relocation to the complete opposite side of the country. On paper, I literally checked every single box, down to the databases they use matching my current university’s databases. Confident in my skills and experience, I sailed through that first interview like a pro, and yes, I’d say it’s because of my affirmation: “This is not my life’s calling. I have a much bigger purpose. I cannot control this place, I can only control myself and my actions. I will make shit happen and move to my dream location. In every other aspect, my life is great. This place is temporary.”

Not even a week later, I was being called back for a second interview, which was quickly scheduled for three days after. The speed at which I moved through this entire process (from application to second interview in under two weeks) had me feeling like I was, without a shadow of a doubt, the top candidate in the search. While you would think this would put me at ease, it only heightened the stakes for me.

Miserable at my current job (and I mean miserable, like… crying in the car in the mornings before going in… miserable), I felt like this was my one and only opportunity to have a job prior to moving to California. After over 60 submitted applications and only this one call-back for an interview, this felt like it was meant for me.

I could feel it in my bones and after the second interview, which took place on a Monday evening via Zoom, a video-conferencing app, I knew that I had locked it in. I had never felt so confident about how I portrayed my professional and educational aptitude and how those related to their needs. Most importantly, I was able to show them my personality and demonstrate the positive attitude I would contribute to their workplace. At the end of the interview, and after countless nods and smiles at my answers, the Hiring Manager said: “We’re at the early stages in the search, but please… hang in there. You will be hearing from myself or the recruiter in a couple weeks.”

Oh, I totally got this in the bag, I thought.

On September 11, I shared the HigherEd Jobs listing with another coworker, and they informed me that the job listing had been removed. I took that as a good sign and was confident I’d be getting good news at the end of that week.

Somehow, work managed to steadily get worse and worse by the second and I found myself contemplating… What if I don’t get this job? How will I ever escape this madness? Disclaimer: Please know, some people love where I work and are incredibly happy in their job, but I’ve realized over time, it’s just not the right fit for me personally.

I confided in my best friend Alex (she went on the cruise with me) who has seen how my work has affected my personal happiness and gosh, my mental and physical health, for months now. In response, on Wednesday, she made a grand proposal. In a nutshell: “Move down to Florida, live with me, and work for my company. We’re hiring and I have the perfect position for you. You’ll still have income and benefits. Work on your blog and be happy.”

The proposition sounded amazing. I love the water and have always dreamed of living right on the beach. I wanted to do that in California, but their beaches in Destin are the crystal clear blue waters paired with white sandy shores. *insert heart-eyed emoji* But, before I let myself even consider it further, I just responded, “That sounds AMAZING!”

What I really meant by that was, “That sounds AMAZING! But I’m going to get that job in California.”

The next morning, at 11:01am, I got an e-mail from the recruiter letting me know that they had selected another candidate.

For the briefest, and I mean briefest of seconds, I felt like all the life had been sucked out of me. And then, I sat back and thought:

Nothing more, nothing less.

Moments later, my boss walked in. I had been open with him about actively applying and particularly about this position. I said, “So, I just got an e-mail that I didn’t get the job. They went with another candidate.” His jaw fell open, and I think he thought I was kidding. “WHAT? I thought you had that in the bag!” He quickly offered his intuition that they probably selected an internal candidate and then offered his condolences. I nodded and said, “It’s okay. There is something else meant for me.”

I have to say that even I was shocked with my reaction, or lack thereof. I was void of any and all emotion. Instead, I experienced what I have been calling a “moment of clarity.”

I realized that I wasn’t upset about the rejection because a career in higher education is not really what I want to do. Sure, I’ve spent five years in the field, two of which were pursuing a master’s degree… in the field. But in that moment, I finally realized that the “something else meant for me” …is this blog. It is my passion for writing. My desire to be a best-selling author and travel on a nationwide book-tour, meeting all my followers. Inspiring others through my storytelling. That is what makes me tick.

Very quickly, I realized that I was seriously contemplating accepting Alex’s offer to move to Florida. When I called my boyfriend to discuss this news, my practical/logical/grounded/structured side stopped me from fully committing.

“No more thinking. Just do it,” he urged.

He essentially instilled in me that the job was not meant for me because I am meant for something more. I am meant to pursue my dreams and I have a friend who is offering an opportunity to explore those dreams with minimal “risk.” Being a dreamer himself, he is currently exploring a new chapter of his own career, and as I write this, I smile at the thought of how supportive we both are of each other’s dreams, even when that means we aren’t able to be physically together right now. To him, I say THANK YOU for loving me the way you do, believing in me, and daring me to dream.

After ending the phone call with him, I immediately texted Alex: “Alright. I’m taking you up on your offer if it still stands.” That evening, I talked on the phone with Mom about it for three hours (I have never talked to her, or anyone for that matter, on the phone for that long). It was one of the realest conversations we have ever had. I had her full support, as she continued to tell me that, “Everything happens for a reason, and with the right compass, you will always be able to find your way back if you fall off track.”

I slept more peacefully that night than I had in months.

The next day, I confirmed with Alex that there would be no reason in the world I wouldn’t get the job with her company. In response, she had an offer letter in my inbox within hours. I didn’t have to apply, didn’t have to submit my resume or a cover letter [because clearly, she runs shit there]. In all honesty, I didn’t even know what my official title would be until the offer letter came in, which I kind of laugh about now.

Once I had initiated that side of things, I opened my desk drawer and pulled a out a piece of paper. It was a resignation letter that I drafted on May 11, indicating that my last day would be May 25. I kept it there, after knowing I couldn’t resign with no place to go. But that didn’t stop me from looking at it every Friday knowing that one day… some way, I’d be submitting it. I confidently changed the dates to September 14 and October 12. Printed. Signed. Submitted.

Later that night, I was reading more of Girl Wash Your Face, by Rachel Hollis, a new favorite. The chapter I had left off on was:

THE LIE – NO IS THE FINAL ANSWER

In it, she talks about how success and achieving your dreams comes in your ability to not take “NO” for an answer, and instead to think of it as a detour to your destination. For me, I realized that a career in higher education was not even truly my destination. Furthermore, I realized that the rejection e-mail could have caused me to continue to choose to sit at a desk for 40+ hours a week and despise every second of it. I’d continue to apply for 60 more jobs in California and be a complete nutcase about why I wasn’t hearing back. And I’d continue to live a life that I knew, deep down, was not really meant for me. In reality, a stable, safe, cushy job in higher education was only deterring me from pursuing my dreams of being a writer.

But what really reinforced the terrifyingly major, life-altering decision I had made earlier that day was Hollis’ final thought in the chapter:

“Use the no you hear as an indication that you should try an alternative route.”
-Rachel Hollis

And that’s exactly what I had done. That “NO” led to my resignation… which gave way to my liberation. And I have no intentions of wasting this freedom, this peace of mind, this simple clarity. That “NO” was not my final answer… but instead, the start of a brand new beginning and adventure. I hope you’ll join me!

Part of me can’t believe this next statement is really real, but… Next stop: DESTIN, FLORIDA!

20 thoughts on “How Rejection Led to My Resignation”